Is there a difference between Australian and US website design?

Is there a difference between Australian and American website design? The answer is yes, but it’s not as dramatic as you might think. Sure, the way websites are made might be different in Australia than in America, and yes, there are certain cultural differences that affect web design. But I believe the biggest difference comes down to how each country’s designers approach their work. In short: Australians tend to be more conservative with their designs whereas Americans – well, they’re more adventurous. That’s not to say one approach is better than the other; both have their merits and disadvantages depending on what type of website you’re designing for.

I’m about to tell you how American and Australian web designers differ from each other, using some of my own expertise and examples from the real world.

In fact, most websites are built for marketing purposes nowadays, whether it is for personal or business use.

Tim Berners-Lee is the inventor of the World Wide Web. In 1989, he invented a new way to share information between scientists at CERN (a particle physics lab). He wanted to create a system that allowed everyone in an organization to work with the same data at once and could be easily updated by anyone.

This concept grew into what we know as the Internet today—a network of connected computers all over the world that allow people from different disciplines, countries and cultures to communicate instantly without having to be in physical proximity.

The website became a common part of everyday life.

Website design has come a long way since 1989. As Tim Berners-Lee wrote the first proposal for what would become the World Wide Web, he could never have imagined that one day it would be such an integral part of our lives. We all know how important websites are now, but let’s not forget that it all started with one man and his idea.

The internet is a very different place now than it was in 1989, so too must website design adapt to these changes. Americans tend to take more risks with their websites than Australians, who prefer more traditional models instead of opting for something more innovative or edgy. However, this doesn’t mean Australian designers don’t create equally impressive websites!

The internet is a very different place.

The internet has changed a lot since its inception. In fact, it’s been changing so rapidly that it’s almost impossible to keep up. The days of the web being solely for research and e-commerce are long gone, replaced by social media and entertainment sites like YouTube. What was once a place where you could get your fix of information or shop online is now much more than that: it’s become a place where we socialize with friends, learn about our interests and hobbies, share videos with each other—and even get our news from websites like CNN or Fox News.

As the internet has evolved, so has its design. Website design in the US and Australia began with a focus on simple, text-based pages. However, over time it has become increasingly dynamic and multimedia-friendly. From this point of view, there are many similarities between the two countries’ websites: they’re both more dynamic than their predecessors; they both feature multimedia elements such as videos and audio recordings; and they both use responsive design principles to make them look great regardless of how you access them (on a phone or tablet, for example).

Americans tend to take more risk with their websites, or at least I think they do.

I have noticed a few things about American websites in general. They tend to take more risk with their websites, or at least I think they do. This is not always the case, but often they will use newer technologies and designs than we would use here in Australia.

They also seem to be more open to trying new content strategies as well as marketing strategies and business models.

For example, many Americans now have some form of an “about us” page on their website where they list out who’s involved in the company, what makes them different from other companies like them and what their mission is etc.. This type of information would only appear on a small percentage of Australian based websites because here we tend to focus more on providing information about our products/services instead of ourselves (which is probably why there are so many working holiday visa scams operating).

American websites also tend to include links back into their main website from each piece of social media they have set up (Facebook page etc..) whereas most Aussie businesses won’t bother adding this level of detail unless it’s really needed for SEO purposes or whatever reason – which isn’t usually necessary when you’re starting out!

Australian design is less adventurous, but no less innovative.

If you’re looking for the next big thing in web design, Australia might not be the place for you. While the US is known for its rebellious nature and willingness to try out new things, Australia’s online presence has always been a bit more conservative—an assessment that holds true even today. This isn’t to say that Australian websites aren’t innovative; they just tend to take a different approach than their American counterparts.

Australian websites are less experimental and more focused on the user experience as a whole (sometimes at the expense of just one element). On average, these sites are cleaner and simpler than those coming from across the Pacific, but this isn’t necessarily a bad thing! If your goal is to create an eye-catching page that works well on mobile devices or desktops alike—and it should be!—then you’re probably better off going with an Australian designer over one somewhere else in the world who might be pushing some boundaries too far (and not necessarily in a good way).

In Australia, the majority of internet users are surfing on mobile devices.

As a web designer, you may be thinking that there’s no difference between Australian and US website design. But if you dig deeper, you’ll see that there are some key differences. In Australia, the majority of internet users are surfing on mobile devices. This is likely to continue into the future as well; in fact, more Australians now use their phones to access the internet than their laptops or desktops.

This shift means that Australian businesses need to make sure their websites are mobile friendly—it’s not just about making them look pretty on an iPhone or Android device; it’s also important that they load quickly and function properly without sacrificing design aesthetics (or falling victim to crashes).

Our teams work together to create effective, cutting edge digital solutions that make the most out of whatever device is used to view them.

Our teams work together to create effective, cutting edge digital solutions that make the most out of whatever device is used to view them.

Websites that fit seamlessly on a mobile phone or tablet are becoming increasingly popular as the internet becomes more and more accessible through devices like iPads, iPhones and Android phones.

The internet is a big place; it’s full of information on every conceivable topic. The best websites aren’t just easy to find, but also easy to use and navigate so you can find what you want quickly and efficiently. The best sites are simple enough for first timers yet engaging enough for advanced users – they allow people with different skill levels and interests access at their own pace while providing an intuitive interface allowing instant access without having to learn anything new.

Both Australia and America have excellent web design industries

The web design industries of Australia and America are both excellent.

In fact, the two countries have a lot to teach each other when it comes to building successful websites. In Australia, we’re known for our innovative use of new technologies and unique design styles. We love using flash animations and making sure that all of our sites are mobile friendly. In America, you have some of the most dynamic content management systems on the planet, which means your customers can customize their experience in ways they never imagined before!

I hope this article has given you some insight into how Australian and American web designers differ from each other. As an Australian designer living in the US, I have a unique perspective on both design cultures. I find myself drawn to American websites because they tend to be more daring, while also appreciating that Australian websites are often more practical and user-friendly. Both approaches can work well when it comes to designing for mobile devices. In fact, there’s no reason why your website shouldn’t look good on both desktop computers and mobiles. 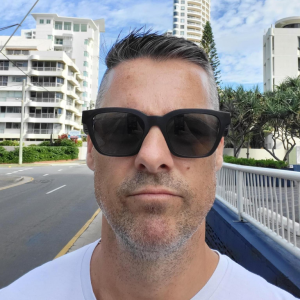 Your Hero Suggestions are Ready!

Your Hero Image Suggestions are Ready!